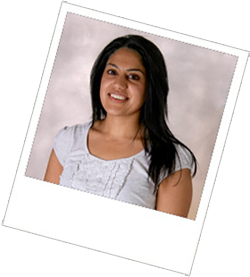 Jas started her further education at The University of Leeds where she gained a BSc in human physiology. She continued her studies into human anatomy and physiology and read for a degree in Osteopathic Medicine at The British College of Osteopathic Medicine, regarded as one of the worlds best specialist osteopathic institutions.

She also gained her diploma in Naturopathic Medicine here which allows her to look at concerns that patients may have and address them from a lifestyle and dietary point of view.

Whilst working for the NHS in Wandsworth Jas decided to pursue her interest in the field of paediatrics and studied for 2 years at The Osteopathic Centre for Children (OCC). She gained her masters degree in 2007. This training took part in the London based clinic at the OCC and hospital training within the Neonatal Intensive Care Unit (NICU), Special Care Baby Unit (SCBU) and treatment of children within the acute paediatric ward.

Jas has teaching experience at The European School of Osteopathy which had a world class reputation where she worked in the clinical environment with undergraduate students.

Jas has worked both within the NHS in London and in private practice. She currently also works within a GP practice in Gravesend and has done so for the past 8 years.

Being a fully registered traditional Chinese acupuncturist allows Jas to use a wide variety of tools to help individuals with a multitude of problems.

With an avid interest in health being pursued to a high level of understanding and gaining numerous qualifications from degrees to masters one can be reassured to know that any problems will be fully addressed.

Jas has an avid interest in health and has clearly pursued these to a high level gaining valuable experience in a wide range of acute and chronic conditions. In the future Jas looks to combine her osteopathic strengths with her chinese medicine philosophy and training into her treatments thereby offering a complete holistic treatment to the individual. 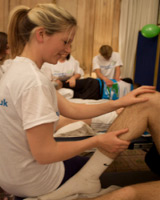 Sam is a fully qualified osteopath and equine osteopath. Sam is registered with the General Osteopathic Council and a member of the British Osteopathic Association.

Sam initially completed a degree in Forensic Science from the University of Kent. It was during this degree course that Sam discovered an interest in Osteopathy in both humans and animals. Having completed the honours degree, Sam continued to study for a Masters degree in Osteopathy from the British School of Osteopathy.

Whilst studying, Sam worked in several outreach clinics including a children's clinic, sports clinic and an expectant mother's clinic.

Since graduating, Sam has worked in private practice. 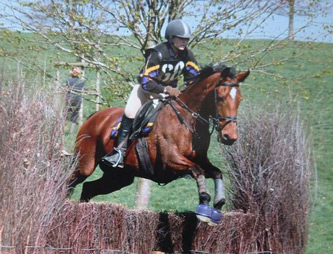 Sam decided to embark on a postgraduate diploma in animal osteopathy at the Osteopathic Centre for Animals, under the supervision of Stuart McGregor, the founder of applying modern osteopathic techniques to animals.

Sam has had a keen interest in horses all her life and has competed in the disciplines of show jumping, dressage and eventing. Sam also competed for her university's equestrian team during her time at the University of Kent.

Sam particularly enjoys treating horses in conjunction with their owners, enabling the owners to understand the impact that their musculoskeletal problems can have on their horses, and vice versa.


Body Mechanics work with all major insurance companies, including BUPA.